The current strong demand for talented technology professionals raised staffing costs for most organizations. Companies must offer high salaries and a generous benefits package to successfully hire exceptional software development professionals. The fierce competition for these programmers also requires an efficient staffing process. After all, the top developers stay on the market for only a few weeks at the most.

However, the risks of making the wrong hiring decision also remain numerous. If your new hire quickly leaves for another opportunity, your company wastes the resources spent recruiting and onboarding them. At this point, you are stuck repeating the same process over and over again. It’s a situation requiring your organization to take a more cost-effective approach to sourcing developer talent.

Enter nearshore outsourcing. In this scenario, your company partners with a staffing agency specializing in foreign developers residing in the same time zone. Your company saves time and money by engaging in a staffing process managed by experts. Other significant advantages provide benefits when adopting this approach. So let’s take a closer look at the process of nearshore outsourcing and the myriad ways it helps your company cut costs.

What is Nearshore Outsourcing?

Many companies outsource some or all of their software development talent. These outsourced developers sometimes include programmers located in different time zones, countries, or even continents. This situation becomes difficult when trying to keep a remote team engaged and focused on their assignments. Fostering meaningful project communication with a team all located in different time zones remains challenging.

Nearshore outsourcing is a staffing strategy aimed at building effective remote software development teams. Instead of adding remote developers in different time zones, the nearshore approach leverages talent located close to your company. These programmers also understand your language, tax laws, and other intangibles. Their close proximity makes it easier to bring your entire team together for crunch time on a critical project.

Ultimately, engaging a nearshore development team on your text software project provides a host of meaningful positives. A more engaged, efficient, and productive group of developers remains one crucial benefit. It ensures your organization’s projects get completed on time and under budget, leading to happy clients and more work. Additionally, your company enjoys significant cost savings when adopting this emerging staffing approach. So let’s focus on the various ways nearshore outsourcing lets your company cut costs on its software initiatives.

Simply stated, leveraging nearshore software development teams helps your company save money by improving project efficiency. More effective communication, interaction, and collaboration remain the hallmarks of modern software engineering. It’s one of the major reasons for the popularity of DevOps and other methodologies being used throughout the industry.

So this is one basic way the nearshore staffing approach reduces expenses. Let’s analyze some of the other less obvious reasons why nearshoring your technical staffing needs provides meaningful cost savings. Some of them just might surprise you.

Not surprisingly, your company simply pays less per hour for nearshore development talent compared to onshore programmers. The cost of living differences between the United States and other countries in this hemisphere definitely factor into this equation. Additionally, the market for software engineers in America tends to be more competitive, causing prices to rise across the board.

At the same time, remote working lets your company leverage nearshore talent with cost savings beyond salary considerations. With the entire team telecommuting, your company avoids spending on travel, including plane tickets, visas, and hotel stays. If it becomes necessary to bring the entire team together, their close proximity limits these expenses, as noted earlier.

In a traditional scenario, when your company needs an influx of software engineers, you engage an expensive staffing process. Your HR staff and managers then need to peruse a hoard of résumés to determine the top candidates. At that point, you begin interviewing your top prospects, requiring two more weeks. Once an offer gets made, your chosen developer already accepted an opportunity with another company. All that time and money simply gets wasted.

Needless to say, sourcing and recruiting software developers remains a long and risky process. Once you finally make a hire, it becomes time to onboard them. This effort requires more effort before that new developer truly makes an impact on the project. Simply put, this is a costly approach.

Leveraging nearshore developers as a staffing strategy provides the accelerated integration that makes your projects successful. You avoid a costly recruiting process by partnering with a staffing agency specializing in previously vetted nearshore talent. These developers already understand modern software development technology and methodologies. They arrive able to quickly contribute to the success of the project.

Nearshore Programmers Possess a Keen Understanding of The Latest Technologies

As noted above, talented nearshore developers boast strong knowledge of the latest software development technologies. These include the hottest programming languages, as well as state of the art tools. They also understand modern interactive software engineering methodologies, like Agile, Scrum, Lean, and more. Popular collaborative frameworks, like DevOps, also reside in their wheelhouse.

All this relevant knowledge and experience makes them a valuable member of your project team. Having a staffing partner vetting nearshore candidates lets you choose developers making a perfect fit for your project. Your company also saves money by not spending on training, as you might with a new permanent hire.

It’s another reason why a nearshore staffing approach quickly provides your organization with the exceptional developer talent it needs. These nearshore developers ensure a productive project team throughout the entire initiative.

Having regular access to your entire nearshore team just might the most important reason for adopting this staffing approach. It’s definitely more cost-effective when compared to wrangling developers located all across the globe. Expect a more efficient and productive project team as a result.

Boost Project Productivity With an Influx of Talented Developers

As noted above, offshoring your company’s software development needs adds talent to your team, but at a loss. If these developers reside on the other side of the world, your project’s productivity level suffers. One developer might be working while the others sleep. Even getting everyone together for a meeting becomes a hassle.

Ultimately, keeping your team’s productivity level as high as possible becomes difficult with offshore developers. Having the entire team working together at the same time fosters collaboration critical to any successful project. Your company’s initiatives finish on time or even ahead of schedule. The organization ultimately saves money as a result.

Troubleshoot Issues as They Arise

Consider this other issue related to offshore developers working on your software development project. Let’s say they introduced a bug or broke a build during their workday. Unfortunately, it’s the middle of the night where the PM and the rest of developers reside. When arriving at work in the morning, they discover the issue, but the person that caused it is off the clock. Your nearshore developers struggle to fix things, hampering the project’s progress. Needless to say, a wasted day costs your entire organization significantly.

This is yet another example why keeping the entire project team in the same time zone is so critical. When everyone works together, collaborating using texts, voice chats, and email, troubleshooting any problems becomes easier. It builds the efficiency that ultimately leads to higher productivity levels.

In the end, the time zone compatibility provided by nearshore outsourcing companies simply fosters collaboration. Modern software engineering relies on close interaction on a project team. Once again, it becomes difficult to collaborate effectively with some of your developers located on another continent.

Additionally, consider the potential need to bring everyone together in the same room during crunch time. Cheaper travel costs provide another way to save money with nearshore talent, as highlighted earlier. There are also no issues with jetlag with developers flown in from the other side of the planet.

Ultimately, your company saves costs in a myriad of ways when adopting a nearshore staffing approach. You enjoy the same lower talent costs from hiring offshore developers. However, your project also benefits from the efficiencies derived when the entire team resides in the same time zone.

If you are interested in adding talented nearshore developers to your team, connect with Developers.Net. As one of the top technical staffing agencies specializing in nearshore talent, we provide the candidates your organization needs. Schedule a meeting with us to discuss your current staffing plans. 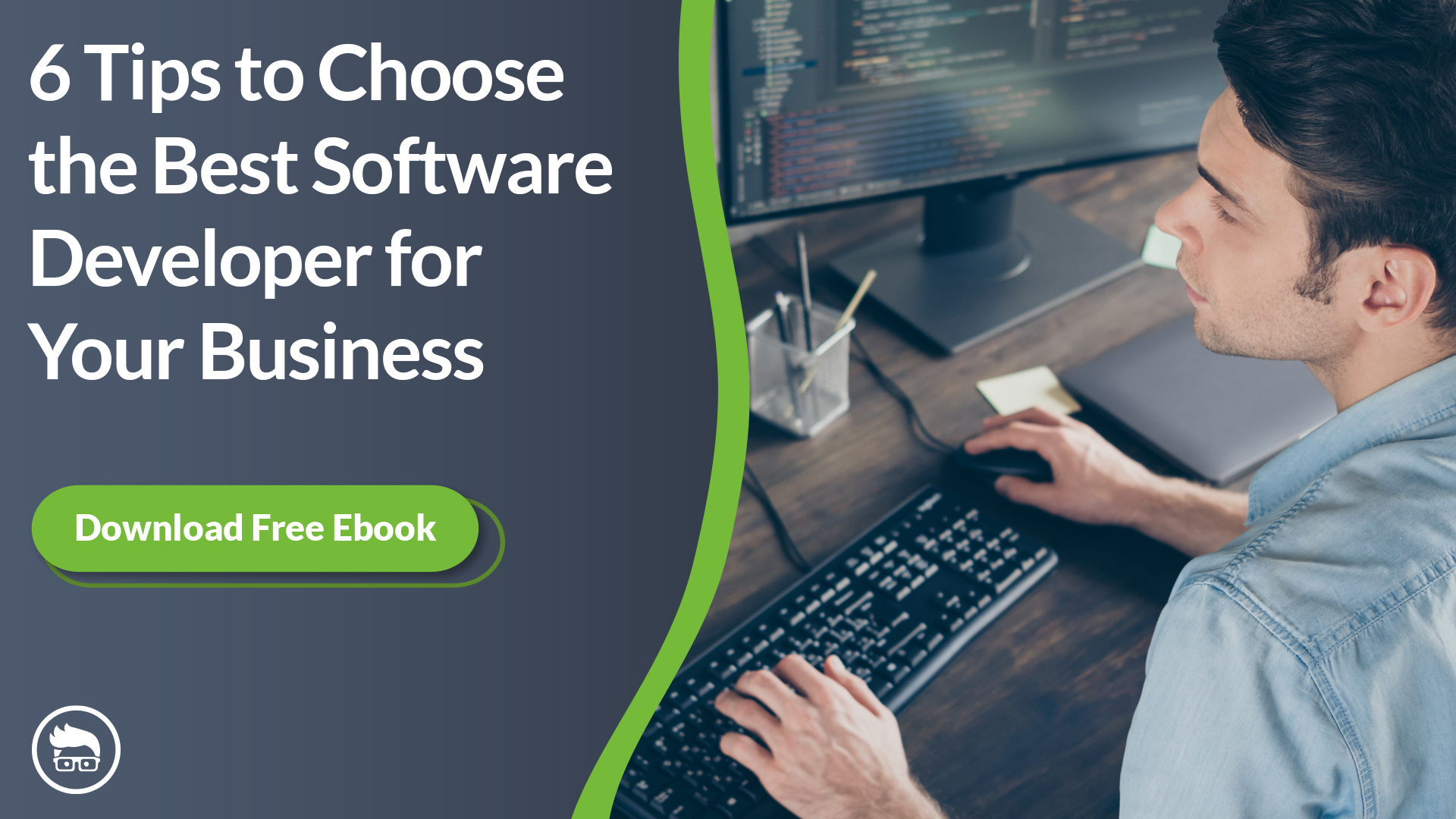